Flipping the Script is my attempt to find out why doctors are forcing children already in remission from cancer into long term chemotherapy protocols. What we found offers new options to parents who want their children to thrive rather than be overmedicated with disastrous consequences. 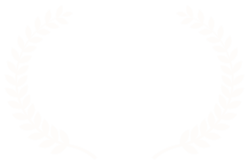 About Flipping the Script

Late fall 2017, I got the call I hoped I would never get. It was a parent saying that their 3 year old with a very low risk lymphoma was being forced into 2 ½ years of intense chemotherapy, even though she was already in remission. This mother had seen my film, Cancer Can Be Killed, and knew that there were far better ways to treat cancer than with toxins, let alone for 2 ½ years! Did I have any solutions?

I say “I hoped” I would never get the call because childhood cancer is so unfair and scary to me, the last thing I wanted to do was get involved. I just wanted St. Jude’s Hospital to solve the problem. Couldn’t I just give money to them? Wouldn’t they be doing everything possible to save children’s lives? I mean who wouldn’t have compassion on a child with cancer?

To my absolute horror, not only was nobody testing anything but chemo, but there was nobody out there questioning the system?!? No doctors, no lawyers, no politicians. And even the naturopaths that knew children were being tortured and maimed said their hands were tied.

So, it was left to us . . . parents who had had enough, a new group of doctors willing to see children in remission, attorneys who were willing to learn, and finally CPS workers who were open to something better. I hit the road for 6 months gathering as many stories as I could and watched as these parents one by one started rising up and claiming their rights as human beings and as citizens of planet earth to treat their children as they saw fit. They forged a new path I never thought was possible, but just showed how dedicated they were to something healthy as opposed to following a system clearly designed for profit.

Now I’m on their team. I want to help parents know that there are ways to heal from childhood cancer that don’t involve toxins. There are ways to fight a system that only seeks profit and not the welfare of the individual. There are ways to join forces and support each other with knowledge and natural products that help the body to heal itself. As Valerie Warwick so aptly pointed out in the film, Flipping The Script, allopathic medicine has forgotten that the body knows how to heal itself. But we haven’t forgotten it and we can help that healing.

Just 6 months after Flipping The Script was released, Adam Schiff wrote a very public letter to Jeff Bezos asking him what he was doing to control the “medically inaccurate” information on his site. That same day this film and a handful of others were removed. The government also made an attempt to publicly shame and compromise a family in Florida that chose to remove their healthy child from long term chemo protocols. And though they were successful in forcing this child into long term chemo, dozens if not hundreds of families have been calling the bluff of CPS and the doctors and finding healthy ways of healing their children.

What are the emotional/spiritual issues that either foster healing or disease? What is the work needed to transform old traumas? Jeff Witzeman goes on a quest to find answers.

Jeff Witzeman is an award-winning filmmaker, musician, speaker and writer.

He has authored 3 albums with his band Jeff Witzeman & The Jealous Housewives (2000-2012), and 5 documentary films in the last 5 years. He is currently using the law to stop illegal mandates, getting involved in regenerative agriculture and pushing government officials back into their rightful place of serving the people rather than enslaving them.